Switzerland
Scroll down to explore

To the country of watches and cheese, where there are all treasures of the world, where there is the best chocolate, - Let’s go with us, friend!

How to organize the tours to Switzerland?

The best way to travel to Switzerland is by bus, because you can see the treasures of its natural landscapes, fascinating soul and holding it in catalepsy from German speaking Basel to French Geneva.

Switzerland is the heart of the universe, that is situated in the middle of Europe. It is surrounded “countries-sisters”, such as Germany, France, Austria and Italy. You are on the way not more, than you go to Paris or London.

All tours and excursions from Germany to Switzerland are usually implemented from many German cities, such as Aachen and Duesseldorf, Bonn, Dortmund, Frankfurt am Mein, Darmstadt, Karlsruhe, Stuttgart, Freiburg and others.

So, you have decided! You are waited for tours to Switzerland, where there is everything in Swiss. Exciting excursions and it is royally sweet! The tourists can go to Switzerland to confirm, that this country is a fantastic every Tuesday and Friday.

What can, and should you see in Switzerland?

Sightseeing tour around Basel, called “Golden gates to the country” After visiting the city, we can agree to the Kaiser France Yosef “I have to visit Basel once more”.

Sightseeing tour to the capital of Switzerland. After the first handshaking with bears in Baerengraben, - a walking tour around Bern. And we can believe, that bus tours to Switzerland from our tour agency are popular and the Russian-speaking people like them very much.

Holiday at Lake of Gruyère. When you have time at Lake Gruyere, you can taste different Swiss specialities: cheese, sausage, сыры, sausages, fondue and others. We also recommend you buy the famous local Gruyere cheese.

Sightseeing tour around Fribourg. We will visit the city Fribourg on the way to Swiss Riviera. It is overwhelming, although this isn’t a touristic Mecca yet. The historical centre of the city is fascinating. Extraordinary mixture of styles such as Paris with Lucerne, Brussels with Bern. If Luxemburg is “a balcony of Europe”, Freiburg can argue it…

Sightseeing tours around the cities-resorts Montreux and Veve, those are situated on shore of Geneva Lake. We are going to meet the celebrities, such as Charlie Chaplin, a poet Eminesku, a writer Nabokov and a singer Merkury on the beach. It is enough to have a walking tour to make sure, that there aren’t more beautiful views in Europe!

Everything is perfect in this country, perfect!

We visit France during some tours to Switzerland. Staying on the French side, let’s walk along Chamonix, that is a legendary capital of Winter Olympic Games. Here you can see Mont Blanc, the highest top of Europe very well. Of course, the best part of this travelling is rising to this peak.  It costs 55 €. When the weather is nice, you can see Geneva Lake from Mont Blanc.

Sightseeing around Geneva. “It is the sixth part of the world”, said Charles de Talleyrand. We will admire the huge fountain, that is disappearing high in the sky and we will walk on the streets, where Rousseau, Byron, Lenin, the Empress Sisi were born.   Ленина, императрицу Сиси. Excitement, and then only. Leaving Geneva, we admire the landscapes endlessly. It is really the land of uplifting beauty and everyday paradise!

Sightseeing to Valley of Waterfalls (Interlaken). Goethe was fascinated, had visited that valley with overthrown waterfalls, green valleys and colourful Alpine meadows. He wrote a Poem “Gesang der Geister über den Wassern” after that. We can‘t create like Goethe, but we can admire this masterpiece. Oh, yes!
Visit the Mountain Pass Burning, it is a fascinating beauty. There are mountain-passes, bizarre meadows, luxury of valleys’ views, emeralds of lakes between these peaks…

Tour to Lucerne. Поездка в Люцерн. Moon Lucerne appears in front of us like from nothingness, it is a magic capital of the country. This city is situated on the coast of “Vierwaldstättersee” with fully preserved ancient centre, bridges, streets, squares and houses, decorated by the frescoes.

Walking with a guide around Lucerne, we will see the well-known magnificent bridge “Kapellbruecke” and the saddest monument of the world “Dying Lion”. Food is cheap in Lucerne and you have an opportunity to snack at the square, after our tourist bus’s stop. The prices are affordable.

Sightseeing tour with a guide around Zurich. We walk along the shores of Limmat river and visit the Grossmuenster and Fraumuenster’s cathedrals with stained glasses of Mark Chagall during the excursion. Lenin’s house is an another “special thrill” of the excursions.

Sightseeing tour to the Rhein Waterfall. It is a spectacular sight, you will be fascinated, admiring its gracefulness.

So, crossing the whole Switzerland with Kompass Komfort Europa just once, we will admire it the whole our life. A diverse of the landscapes, cultures and languages we transferred it in a special world, where the tourists want to go from all over the world.

The best way to travel to Switzerland is by bus. It is very simple to go there. It is booked tours on the next dates on our website, we organize Swiss tours twice a week. You can book on first-hand or in our partners. What should I buy in Switzerland – cheese, sausage or souvenirs – you decide yourself.

Finally, we have good news: with Schengen visa to Switzerland? You are welcome! That’s why, go and take nice emotions! 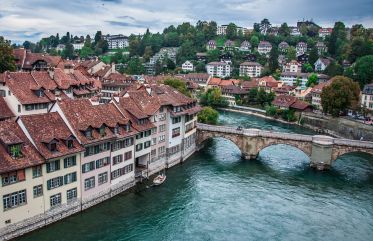 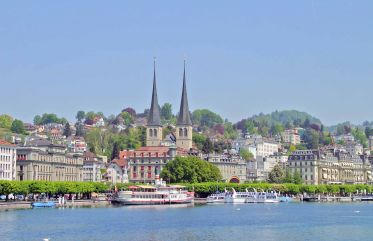 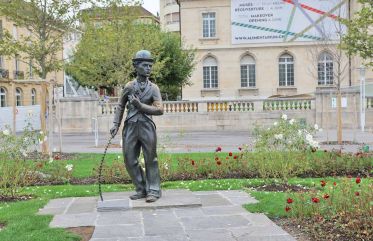 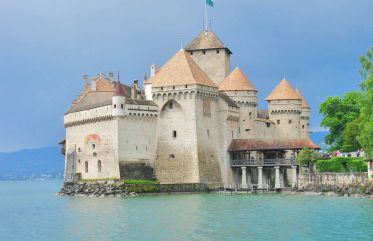 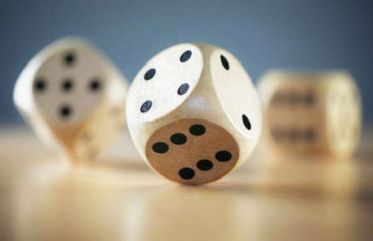 Important information
You see this post, because your browser is old. We recommend using these browsers and renew Internet Explorer to the last version.